We're responsible for caring for, and making accessible, York's City Walls which are a major feature of our historic environment and civic identity. The walls include significant remains of all principal periods of their development and make visible over 2,000 years of urban change.

To ensure the City Walls remain in good condition now and in the future, we carry out a programme of preventative and reactive repairs, including:

We also monitor and inspect the City Walls for changes and defects, undertaking more detailed investigations and large scale structural interventions where necessary.

Our work is guided by a Conservation Management Plan, read our summary document: York City Walls - A summary of their conservation, July 2021. Contact us by email to request a printed copy of the full plan.

York’s City Walls are the most complete and finest in England, making them one of our most treasured historical assets. It's incredibly important to maintain and repair the walls, so residents and visitors can enjoy them for many years to come.

In 2020 our in-house stonemasons started work to stabilise Tower Two, an 'interval tower' on the City Walls near Baile Hill. Semi-circular Tower Two, built circa 1250 to 1330, projects from the city walls between the remains of a motte and bailey castle, and Bitchdaughter Tower. 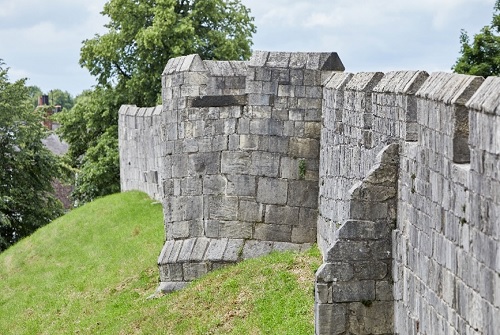 Archaeological and structural investigations determined that the weight of the tower’s infill, which was probably added in the eighteenth or nineteenth centuries to create the wall walk, was causing progressive cracks and damage.

The project has stabilised the condition of Tower Two for the next 100 years, and improved public knowledge, understanding and enjoyment of Tower Two. 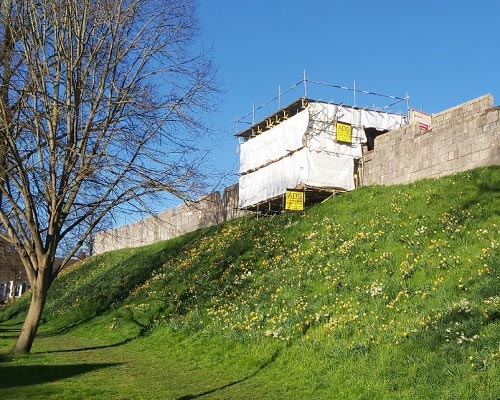 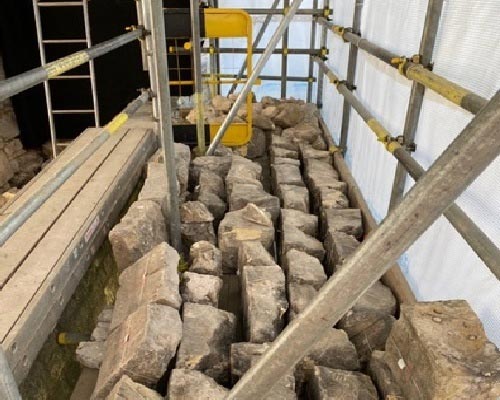 It also provided an opportunity to increase what we know about Tower Two and this part of the city walls. By revealing the interior face of the tower we can more accurately understand when the tower was built, and when and how the walkway was added.

The Tower Two stabilisation project (part of the City Walls capital programme) was delivered in partnership with Mason Clark Associates and PPIY Architects+, with advice from Historic England.