York’s active travel scene is changing – watch this space to find out how you can get involved in shaping the future of walking, cycling and active travel in York.

Throughout 2020 and 2021, as part of the Government’s Emergency Active Travel Fund (EATF) the council implemented a range of temporary measures to support active travel throughout the pandemic. It is now time to develop and introduce new, permanent infrastructure that will enable more convenient and safer walking and cycling across the city of York.

City of York Council have provisionally allocated around £3.3million to support active travel schemes to be implemented by 2023.

The Active Travel Programme is part of the Council’s overall Transport Capital Programme and highlights upcoming projects and proposed schemes (some projects are subject to successful bids) to be implemented by the end of 2023.

All schemes which impact on residents and businesses will be subject to public consultation prior to progressing the scheme. By using the consultation to develop high quality cycle routes, we can encourage more people to walk and cycle as part of their everyday travel in the city.

Proposed schemes to be progressed through feasibility and delivered where supported include:

Measures to be undertaken in and around the city centre to serve the footstreet area, and ensure that the heart of the city is as accessible as possible for pedestrians, cyclists and disabled residents.

This scheme would include a range of measures such as:

Campaigns for improving behaviours on bridges, including awareness of avoiding close passing cyclists.

After a successful trial of a 'people street' concept at Carr Junior School in association with Sustrans, further changes would be planned to Ostman Road in Acomb as a pilot scheme, for potential future wider roll out across the city. 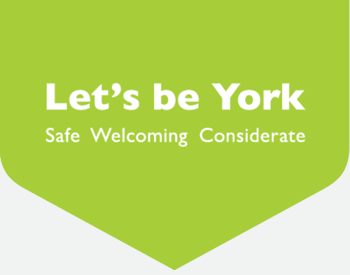 York's recovery plan has public health at its heart; minimising infection and supporting those at risk remains the highest priority.