His Majesty King Charles III and Camilla, the Queen Consort, made an historic visit to York on Wednesday 9 November, to unveil a statue of Her late Majesty Queen Elizabeth II.

Designed and carved by stone mason Richard Bossons, the statue was unveiled at the West Front of the York Minster.

The King entered York at Micklegate, the traditional royal entrance into the city, and the most important of York’s medieval gateways. By tradition, reigning monarchs pass through this gate when visiting York, and stop here to ask the Lord Mayor's permission to enter the city. The King and Queen Consort arrived in York late-morning and departed in the early afternoon.

King Charles III was be met by the Lord Mayor, the Lady Mayoress, the Sheriff of York, the Sheriff’s Consort, the Leader of the Council, the Town Clerk and the Deputy Town Clerk.

To extend the traditional greeting to King Charles III, on what we hope will be the first of many visits to York, will doubtless be one of the highest honours of my period in the great office of Lord Mayor of York. I am thrilled to be able to welcome him.

"My thanks and congratulations go to the whole team at York Minster for the work they have done to make this historic occasion possible."

Photographs of the royal visit to York 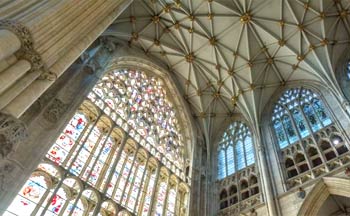 Visit the York Minster website for information about visiting, what's on, and how to get involved.